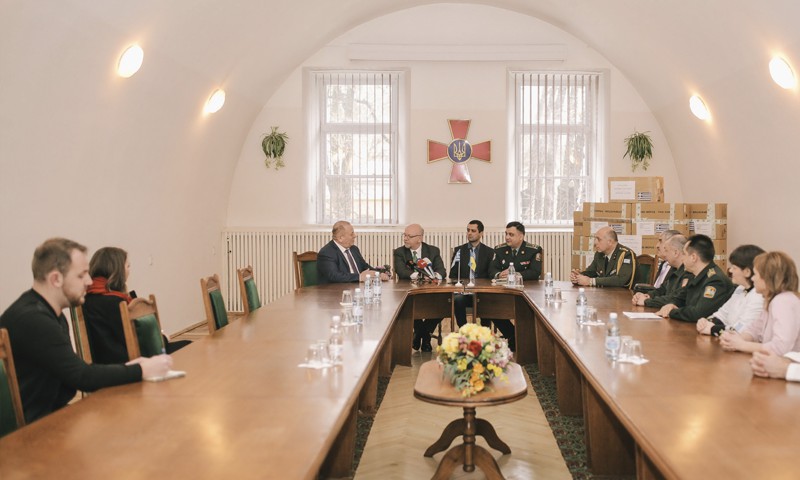 Greek businessmen working in Ukraine help soldiers wounded in the Anti-Terrorist Operation to recover. The Association of Greek Businessmen in Ukraine headed by Panteley Boumbouras, the chairman of the Administrative Board of the Branch of the Hellenic Foundation for Culture in Odessa, donated medicaments purchased in Greece to the Military Clinical Hospital in Kiev. The medicaments of the overall value of 10,000 euro include mainly antibiotic and antibacterial preparations for purulent pathologies, which are of particular need according the doctors.

One more installment of medicaments will be sent to the hospital in a week.
Members of the Association intend to continue helping the wounded Ukrainian soldiers.