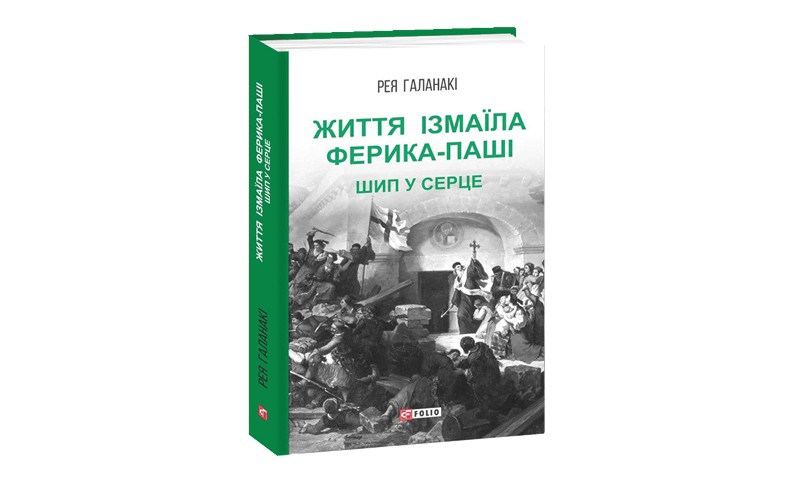 With the support of the Branch of the Hellenic Foundation Culture, the Folio Publishing House (Kharkov) has published in Ukrainian language the historical novel “The Life of Ismail Ferik Pasha” by the famous Greek writer Rhea Galanaki (translated from Greek by Andrii Savenko).

Based on real events, the novel tells about the majestic warrior Ismail, who for his achievements in the fight against Christianity was awarded the title of Ferik Pasha (that of the first dignitaries in Muslim Turkey) and, despite his Christian origin, took part in the suppression of the revolution in his native land, the island of Crete.  The novel received numerous literary awards, and in 1994, by decision of UNESCO, it was included in the World Collection of Representative Works.

The Ukrainian edition of “The Life of Ismail Ferik Pasha” was the second step in the cooperation of the Branch of the Hellenic Foundation Culture with the Folio Publishing House in promoting Greek literature in Ukraine (the first was the publication of a collection of selected works by the outstanding Greek poet of the XX century Konstantinos Kavafis in 2017).