Examinations for the International Certificate of Proficiency in Greek Language

The Awards Ceremony for Delegates of the Hellenic Foundation for Culture 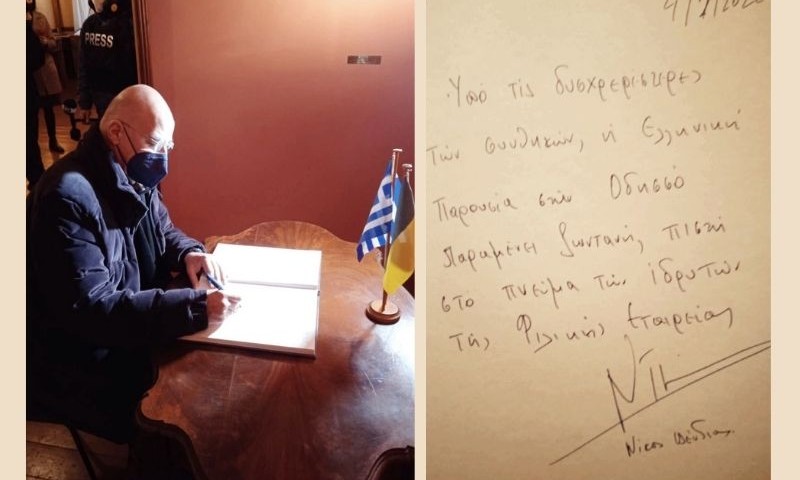 Today, the Minister of Foreign Affairs of Greece, Mr. Nikos Dendias, visited the Filiki Etairia Museum. The Minister came to Odessa with humanitarian aid and held meetings with representatives of the Greek community, the Ukrainian government and local authorities. According to the Hellenic Ministry of Foreign Affairs, “the visit is aimed at establishing a permanent mechanism for the delivery of humanitarian aid, meeting with members of the Greek community, reopening the Greek Consulate General in the city, as well as visiting and examining cultural sites inextricably linked to Greek history, such as the Filiki Etairia Museum.

Mr. Dendias laid a wreath at the monument of the Oath of the Three Hetaerists and left an entry in the book of honorable guests of the Branch of the Hellenic Foundation for Culture, which operates the Filiki Etairia Museum. “Under current difficult circumstances, the Greek presence in Odessa remains alive and true to the spirit of the founders of the Filiki Etairia Society”, wrote the Minister.