This celebratory album is the product of a ten-year project of the Hellenic Foundation for Culture in Odessa: the children’s painting competition “Greece through the eyes of children: 1996-2006”. It includes 60 prize-winning paintings from a total of roughly 6,000 entries, all with themes related to Greece – the Greece of the children’s soul, the Greece that they have never seen.
“When one of the judges, a well-known painter, was asked what criteria were used in choosing the paintings, he replied: ‘The same artistic criteria that I use to evaluate myself’ – an answer as logical as it was unexpected. Spontaneity, that paradoxical force that endows the work of the young artists, speaks to the child. For some time now, children’s painting should have been treated as a separate category of the visual arts… Internal harmony. Good taste. Translucency. Where is the cradle? The beginning? Possibly in the traditions and influence of the Odessa School, known for the delicacy of its aesthetic expression. Or perhaps the pulse of this place recalls a glorious Greek past. The answer nestles in these children’s creations, is the joyous, radiant secret that enable us adults to say, along with the young artists: “Yes! The Greece of our souls.” (From the introduction by Olga Savitskaya, art critic.)
60 pictures. 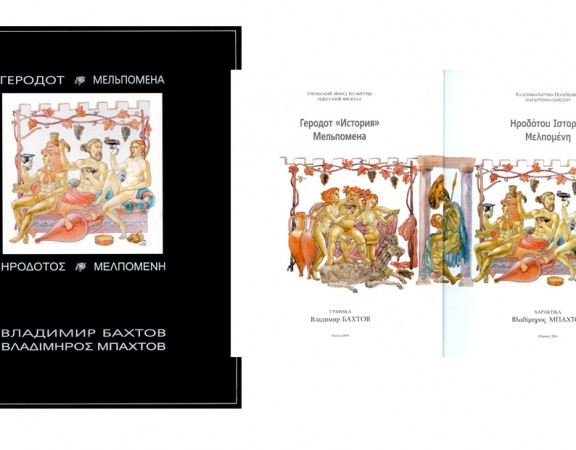