Meeting in the Greek Society of Kyiv

Presentation of Greek authors at the Lviv International Literature Festival 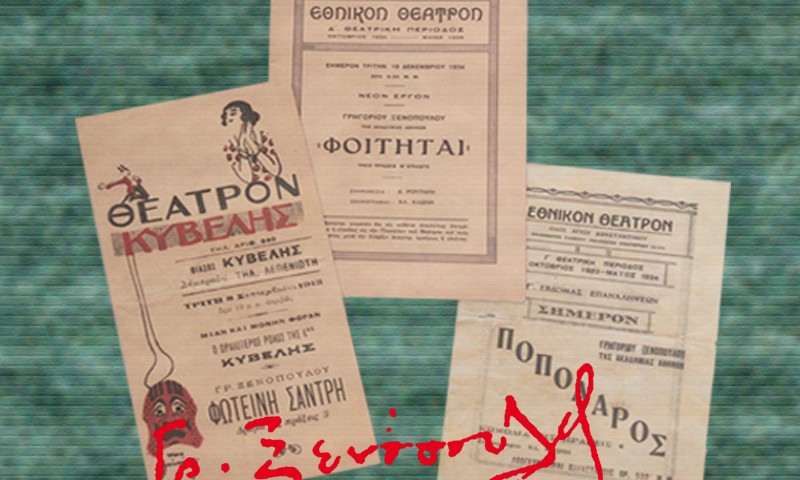 September 22, at 16:00 the Branch of the HFC will host the lecture “I don’t like clouds and darkness…”, Gregorios Xenopoulos: His life and work. 1867-1951” by Artur Malinovskiy, an assistant professor from Odessa I.I. Mechnikov National University. The lecture will be given in the premises of the exhibition “Grigorios Xenopoulos – a renowned Greek writer of the twentieth century” that opened in the Branch of the HFC September 1, 2016.

The name of the writer unfortunately remains poorly known in the contemporary Slavic world. The works of the renowned novelist and playwright have not been translated to Ukrainian and Russian languages, except for some of his smaller dramaturgic works.

The lecturer will discuss the difficult and tragic fate of Xenopoulos as a writer, a journalist and a public figure. The vicissitudes of his private life will be considered in the context of the historic cataclysms of the epoch. Special attention will be paid to the problems related to the research in Xenopoulos’ life and work, the absence of the family archive (which unfortunately burned in fire during the war), and the translation of his works.

The lecture will also touch upon Xenopoulos’ novels and their connections with the genres of urban and romance novels. Being an interesting and even an enthralling phenomenon in the mass literature, the novels by Xenopoulos show his own style as a writer as well as his approaches to the literary work and literature in general.

Online lecture: “Ottoman Greek refugees in Odessa during the Greek Revolution for Independence (1821-1829)”

Online lecture: “The Greek first settlers and the first 30 years of Odessa”

Online lecture: “Odessans in the quantitative interior of the courtyard. 1947-1980″