Exhibition “100 years from the date of birth of Vassilis Tsitsanis”

The Odyssey of Gennadiy Vereshchagin 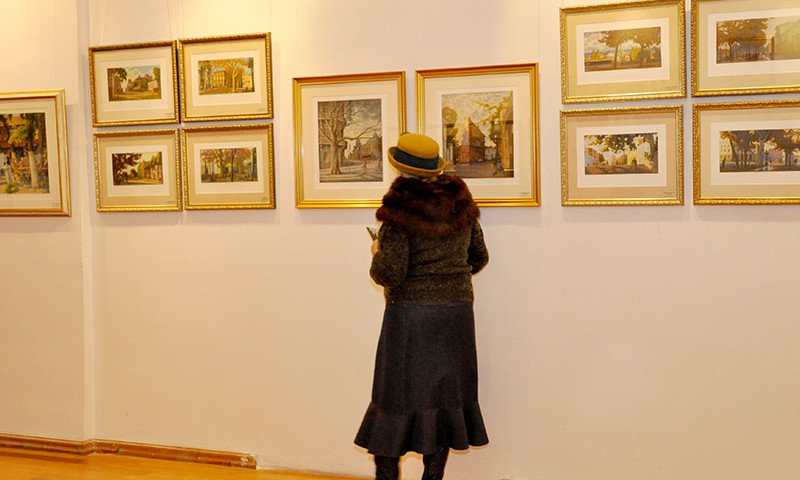 November 26, 2015 at 16:00 the Branch of the HFC will host the opening of the exhibition of color etchings by Gennadiy Vereshchagin entitled “My Odyssey”. This unique exhibition will for the first time present prints with scenes from the “Iliad” and “Odyssey” as well as book illustrations and, of course, scenes of Odessa (nearly 100 pieces).

Every city has its own “nerve centers”, the places that preserve the spirit of the city. Their beauty is not always readily evident and frequently we do not even notice them at all. They can be felt rather than seen. But only those, who are in love with the city, immersed in its fabric and having become a part of it, are capable of feeling these places.
It is just these people who are referred to in Odessa as “true Odessites”. Some were born here; others came to the city and remained here for good having gone on their own personal Odyssey.
That was exactly what happened to Gennadiy Vereshchagin.

Sooner or later every collector from Odessa begins to collect items related to Odessa. Some envision them as the core of their collections; others simply want to have pictures of the favorite places of the city in their homes. In either case, the collectors commonly agree as to the list of artists whose works should form their collections in the first place. The name of Gennadiy Vereshchagin is among the top names on this list.

He is a top-ranked artist not simply because he is the only in Odessa who does color etching, the complex and laborious technique which requires both meticulous work and inspiration that allow him to produce his fascinatingly beautiful pictures, but also, and more importantly, because can find and portray the very same “nerve centers” in which the spirit of Odessa lives. Sometimes it is the Opera House, sometimes it is an unremarkable in its appearance inner courtyard…

The genre scenes are natural extensions of the landscapes of Odessa. They serve as a background against which dramas or comedies develop. And his every new work is a window to that very same “world of Odessa”, which is known to everyone but still barely sensible.
The roots of Odessa are grounded in the Antiquity, and its motifs become a natural extension of the “Odessa theme”. They for a long time have been sounding in the bookplates by Gennadiy Vereshchagin, and now resounded with a greater force in a series of etchings dedicated to “Iliad” and “Odyssey”, which the artist is creating for a unique book to be completed together with the Greek poet and collector Christos Giannakos. This will be a hand-made book produced in only twenty copies.

In his recent interview given to me and Evgeniy Golubovskiy the artist complained that many nice and significant houses in Odessa have been deteriorating and disappearing. Fortunately for us, many of them continue their lives in the etchings of the artist.
Every city has its own “places of force”, the places that preserve the spirit of the city. Now this spirit lives also in the works by Gennadiy Vereshchagin.