Participation of S. Paradeisopoulos in the Conference at the National Research Library of Odessa

Presentation of Greek authors at the Lviv International Literature Festival

Performance of Greek musicians at the Odessa Jazz Festival

Participation of S. Paradeisopoulos in the Conference at the National Research Library of Odessa 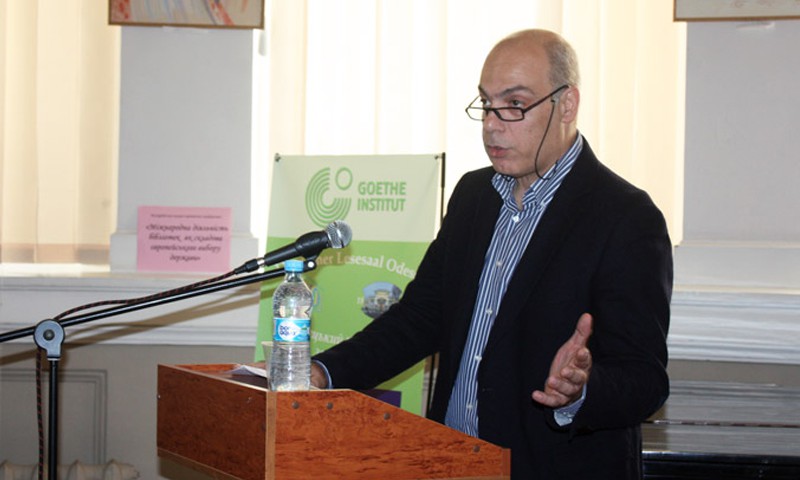 September 22 the director of the Branch Sofronis Paradeisopoulos participated in the International Scientific Conference “International activities of libraries as an integral part of the European choice of the state” that took place at the National Research Library of Odessa. In his speech, Mr.  Paradeisopoulos welcomed the participants of the conference and shared with them the experience from collaboration between the Branch of the Hellenic Foundation for Culture and the libraries in Odessa, Kharkiv and Lviv. In addition, he informed the audience on some new activities of the Hellenic Foundation for Culture aimed at implementation of the national policy to promote Greek books, the function that the foundation had recently assumed at the decision of the Ministry of Culture of Greece after the former National Book Centre of Greece (EKEVI).

Participation of the BHFC in the musical and poetic meeting at the I. Franko Central Municipal Library