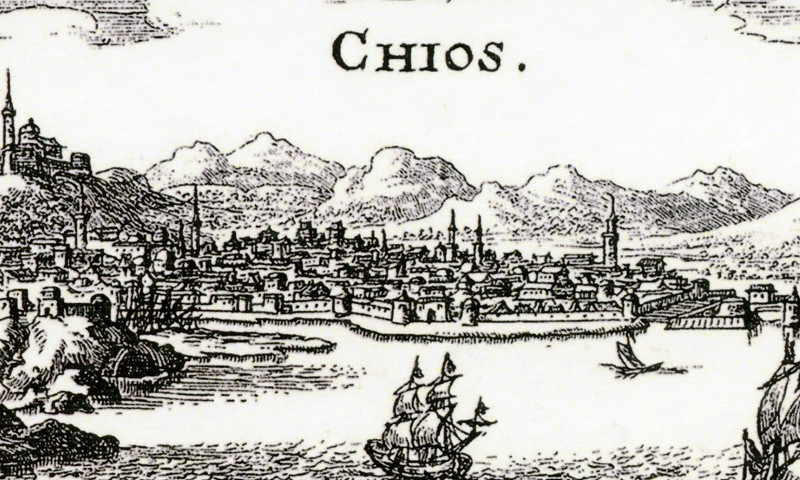 September 29, 2021 (Wednesday) at 16:00, the BHFC will host an online lecture “Greeks from Chios in Southern Ukraine (late 18th – early 20th century.): A prosopographic portrait of the ethno-social community” by Dr. Valeriy Tomazov from the Institute of History of the National Academy of Sciences of Ukraine.

The rapid economic development of southern Ukraine in the late 18th – early 19th centuries provided a significant inflow of foreign trade capital. Italian, French, and Greek merchants established branches of their firms here to control international trade in Russian goods, including southern Ukrainian and Bessarabian grain. The natives of the island of Chios in the Aegean Sea (the families of Mavrocordato, Rodokanaki, Petrokokkino, Ralli, Averino, Scaramanga, Sevastopoulo, Carali, Scanavi, Xida) played the leading role in this process. Relying on significant financial resources and international connections, they gradually became major players in the grain market. They also owned powerful banks, shipping companies, insurance companies, industrial enterprises, large land resources and hundreds of luxurious city buildings. The contribution of the Chiot Greeks to the social and cultural development of the region was enormous. Many of them were philanthropists and philanthropists.

Political upheavals, changing economic conditions, and growing competition forced the Greek families from Chios to seek ways of survival, one of which was social adaptation. They integrated into the elite society of the Russian Empire, but remained largely cosmopolitan and retained their national identity, which was Chiot rather than Greek.

Accelerated Greek language courses from the HFC for refugees from Ukraine