Meeting with the ancient Athens 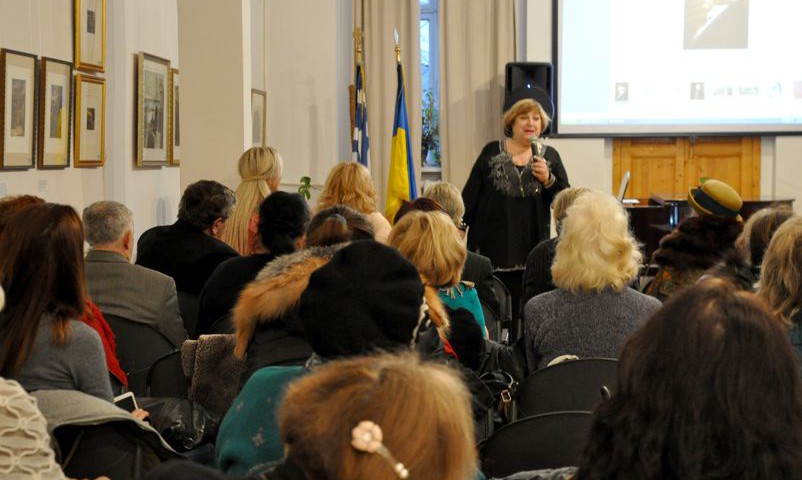 The Branch of the HFC, in collaboration with the NGO “Greeks of Odessa”, will host the music-and-literary evening “The Alferaki Family and the musical creativity of the composer Achilles Nikolayevich Alferaki  (July 3, 1846, Kharkov – December 27, 1919, Petersburg)”.
The program of the evening includes the narration by Elizaveta Kuzminskaya-Polichronidi and the performances of 9 A. Alferaki’s love songs by the laureates of international competitions Aglaya Polichronidi and Viola Demidova.

Achilles Nikolayevich Alferaki …
These words say little to many music lovers today … The important contribution, which Achilles Nikolayevich and the entire  Alferaki  family made to the development of Southern Russia and beyond, has been condemned to oblivion. All this is now a distant history.
The history of Russian and Ukrainian Alferakis began in Greece, in their home town of Mystras, the legendary place in the beautiful peninsula of Peloponnesus.
Dimitris Alferakis (the grandfather of Achilles Alferaki), the owner of a considerable fortune and the family castle of Pyrgos, was born and grew up in the country, which for more than three hundred years had suffered from the Ottoman yoke. The dream of his life was about his homeland being liberated. It was because of this dream that he joined Russian troops during the marine expedition of Count A. Orlov-Chesmenskiy. In the army he rose to the rank of a second major, and after the war had ended he accepted the invitation from Catherine the Great to stay in Russia and settled down in Taganrog, where he received a plot of land to establish his estate and the letter of hereditary nobility, and thus he became known as the Russian nobleman Dmitriy Il’ich Alferaki, who was the father of 1 children.

Achilles Nikolayevich Alferaki (the grandson of  Dimitris Alferakis) was born in Kharkov on July 3, 1846. He spent his childhood in Taganrog and Kharkov. It was Ukrainian folk songs and tunes, which young Achilles had heard in the regions of Kharkov and Slobodskaya Ukraine, that later influenced his creativity as a composer. Being a student in the Department of History and Philosophy of Moscow University, he also studied there theory of music.
Music became a favorite occupation of Achilles but unfortunately for him he could not devote all his time to it for a number of reasons of personal and other character (before moving to Petersburg, in 1880-1888 he served as the mayor of Taganrog while in Petersburg he first served in the office of the Ministry of Interior and then directed Russian Telegraph Agency.

In spite of his business, both in Taganrog and Petersburg Achilles Nikolayevich did not forget his main hobby, music, and dedicated much of his tine to it. He participated actively in the life of Music and Drama Society of, inauguration of the fist music school in the city as well as contributed much to the establishment of the symphonic orchestra due to which Taganrog became known as one of the most musical cities in South Russia. The palace of Alferaki in Greek Street hosted gatherings of the elite of musical society, and Anton Chekhov frequently paid visits to it.
In Petersburg Alferaki became close friends with N. Rimskiy-Korsakov and M. Belyaev as well as took part in the “Programs of Russian symphonic concerts”, in which the first opera composed by Achilles Nikolayevich, “The King of Forests”, was performed. He also composed opera “The Midsummer Night”. Music of his operas is clearly influenced by the Ukrainian folk songs, traditional music, legends and rites.
Musical critics note that romances by Alferaki demonstrate his lyric talent, the beauty of a melodic image, veracious declamation, careful treatment of the poetic text, harmonic variety in the accompaniment, and the noble manners in general.

The program of the evening will include 9 Achilles Alferaki’s romances performed by the prize winners of international music competitions Aglaya Polichronidi and Viola Demidova:
1. «If I meet a bright star in the sky» lyrics by A. Fet
2. «The song of Minion» from Goethe , trans. by A.N.  Alferaki
3. «No wind will blow from the hights» lyrics by Count Tolstoy
4. «To the rabbi of  Bacharach», from Heine, trans. by Tkhorzhevskiy
5. «I plead you not to go!» lyrics by V. Merezhkovskiy
6. «Run away with me» from Heine, trans. by Tkhorzhevskiy
7. «In blurring haze», lyrics by A. Fet
8. «Do you remember?», lyrics by I. Nikitin (dedication to Alexander Ivanovich Glazunov)
9. «Enough to sigh, you beauties», lyrics by Shakespeare.
The story of the Alferaki family and the literary part of the evening will be presented byElizaveta Kuzminskaya-Polichronidi, the chairwoman of NGO “Greeks of Odessa”.