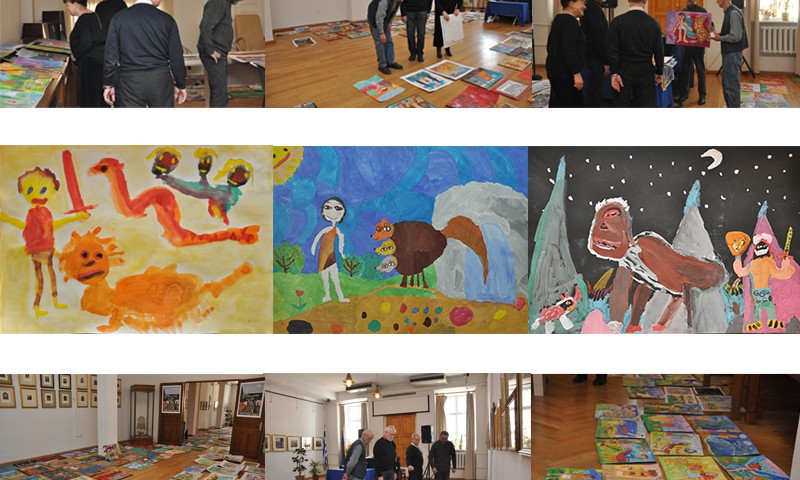 Twenty one years of the competition “Greece through the Eyes of Children”.
The themes changed, the participants grew up, new young talents came. The competition is held annually in dedication to the National Holiday of Greece – the Independence Day. In the very first contest there competed 150 participants, in the tenth one – almost a thousand and every year – from 350 to 700. This shows how many children throughout this period of time have discovered for themselves Greece, its myths, history and culture.

The XXI contest has as its theme the myths of the Labors of Heracles. The jury will make their selection on March 18, 2016. The best works will be presented at the exhibition which is to be opened n March 25, 2016 at 14:00 in the Brach of the HFC. Three first-prize winners of the contest among children 9 to 12 years of age will be awarded with summer vacations on the Island of Crete in Greece sponsored by Panagiotis Giannakos Cultural Foundation. The director of the Foundation Christos Giannakos (Greece) will take part in the award ceremony on March 25, 2016. Other prize-winners will receive diplomas and gifts.

Online exhibition of the best children’s works of the XXVI Annual Competition “The Spirit of Hellas is with Us” (2021) on the topic: “The 200th Anniversary of the Greek Revolution. Dedications by young artists of Ukraine”